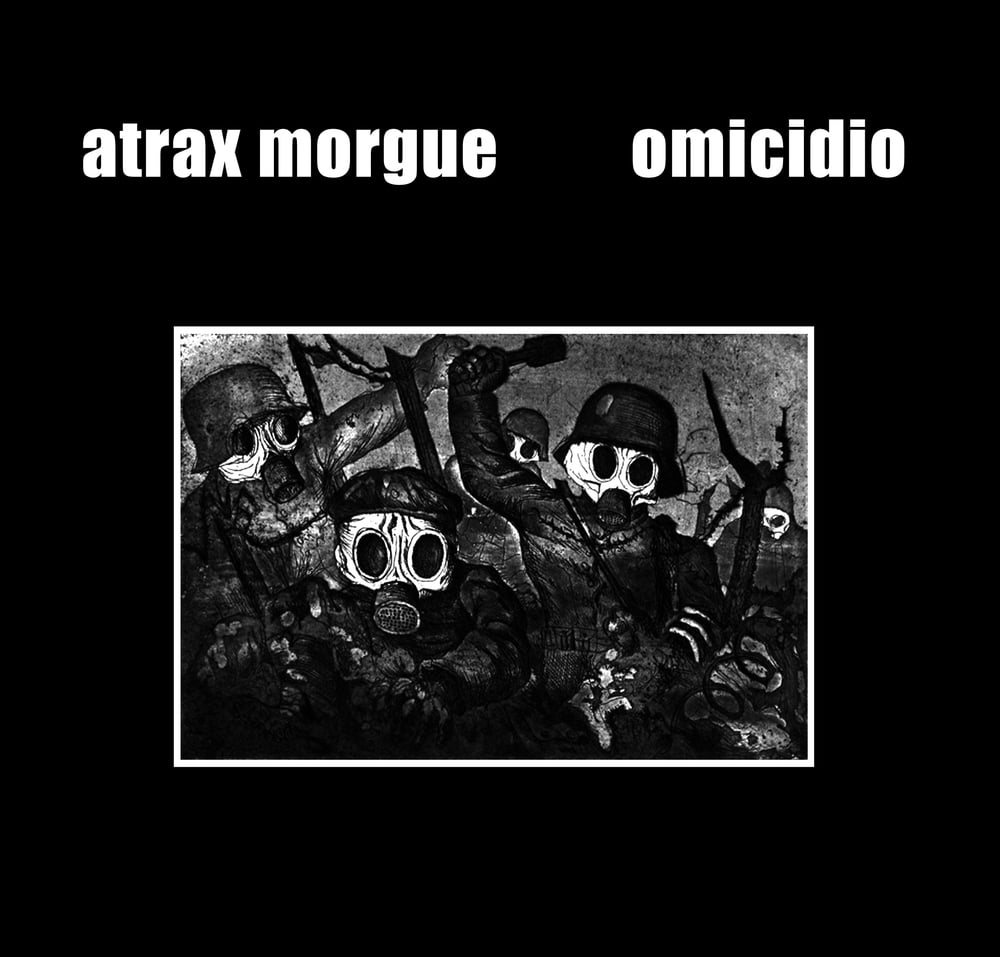 BloodLust! is pleased to announce the release a new single by cult Italian death-industrial act Atrax Morgue, an early member of the BloodLust! family. This release is connected to three previous Atrax Morgue releases on the label. The a-side, "Omicidio," was originally submitted to BloodLust! by Marco Corbelli [April 3, 1970 - May 6, 2007] as an alternate b-side to the "Her Guts" 7-Inch [B!039, 2005], but at the time, "Sinfonia Per Un Sadico," which Marco was still unsure of, seemed far too unique and unsettling a track to replace, so I championed its inclusion. "Omicidio" was unfortunately shelved for future use, and was left untouched until after Marco's death. I chose to resurrect the piece because it is the type of vocal-driven Atrax Morgue song that I so enjoy, and it reminds me of his excellent one-and-only USA show, a BloodLust! event held at Pyramid in New York City, on November 25,1996. For the b-side of this single, I drew from Marco's "Autoerotic Death" recording for the label. One of the earliest releases on BloodLust!, the first version was released in an edition of 50 copies in 2006 [B!006, C-30] and it sold out immediately . A second version called "Extended Autoerotic Death" [B!025] was released later that year, and the title "extended" denotes the b-side remix work that Marco asked me to do to add new material to the original recording and to lengthen the release to 60-minutes. For the b-side of this record, I went back to Marco's original recording and I found a choice segment of heavy, dark analog synth work to edit and remix. I believe that the two tracks work very well together and I am happy that the unreleased song will finally see the light of day. The records were pressed in multicolor marble vinyl that varies slightly from copy to copy, but in general, they tend to look more like dark bruises, or maybe the sick bile spit up by a dying plague victim. The glue pocket sleeves were manufactured by Imprint, a first for a BloodLust! 7-Inch, after all these years and all those singles. Pressed in an edition of 500 copies. Released in 2010.