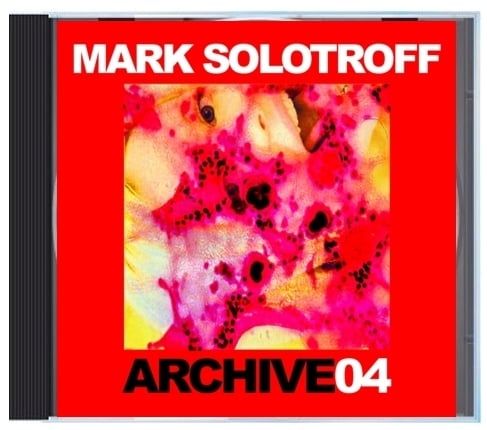 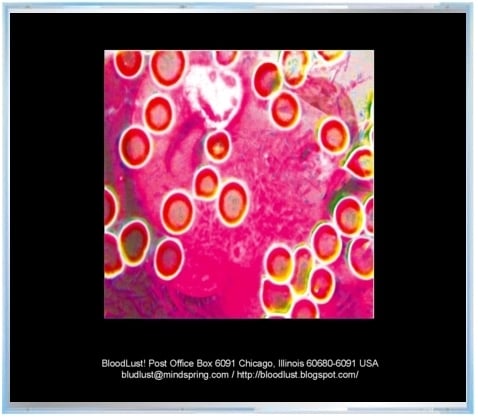 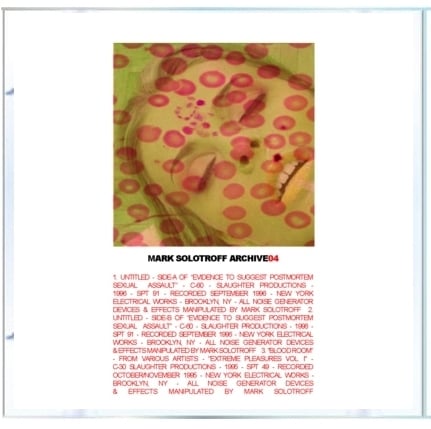 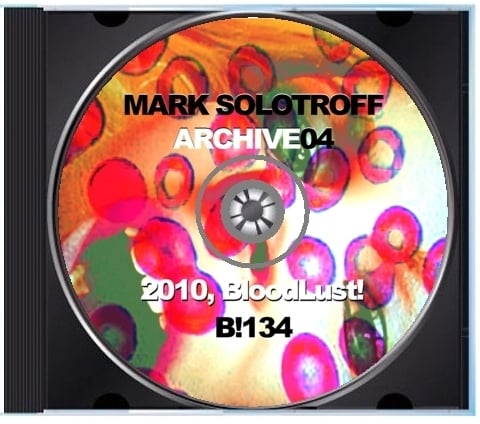 BloodLust! is pleased to announce the fourth release in the Mark Solotroff "Archive" series. In the planning stages for over two years, this series of seven CDs will cover all of Solotroff's solo output, released under his own name in 1995 and 1996. All of these recordings were originally released on cassette by a small group of labels, including BloodLust!, G.R.O.S.S. [Japan], Less Than Zero [Italy], Old Europa Cafe [Italy], and Slaughter Productions [Italy]. Each release will include bonus material, consisting of either compilation tracks from the same labels, or newly created remixes. At the time that these recordings were made, Solotroff had switched gears between Intrinsic Action and BLOODYMINDED and he had recently completed the recording of the first 50 analog synthesizer-based Super Eight Loop cassettes. This small body of work gave Solotroff the opportunity to put away the synths and to try something different. In 1995, the idea of using guitar effect pedals as ones primary "instrument" in making heavy noise was still fairly novel, and Solotroff made use of an arsenal of distortion, delay, flanger, phaser, and other pedals, running either radio frequencies [scanner or shortwave] or his voice through the complex chain of FX. The results fit squarely into what was, at the time, being discussed as a new American noise style that was developing away from the power-electronics scene, and which eventually evolved into the harsh noise subgenre of today.

For the fourth entry in the series, the two core tracks are taken from Solotroff's 1996 cassette on Slaughter Productions, "Evidence To Suggest Postmortem Sexual Assault" [SPT 91], and the bonus track is derived from the same label's creatively packaged 1995 cassette compilation, "Extreme Pleasures Vol. I." Hand-written notes and diagrams that were saved indicate that Solotroff employed a variety of equipment in the main recording sessions, including a battery of effect pedals, in conjunction with scanner, radio, and analog synth [Arp Axxe]. Unlike previous entries in the series, the two core tracks on this CD focus on bass, exploiting the low-end rumble as far as possible, without letting the master go beyond the point of no return. Thus, the focus is less on brutal volume and more on maintaining the bass-driven wall of noise. The compilation track, however, offers variety in the form of crisp higher-end noise that is delivered at suitably high volume, so as to shock anyone back to reality, should the rumble have caused them to drift too far away. The packaging for these releases is based upon the format established with the two Mark Solotroff + Sshe Retina Stimulants CDs that were released by BloodLust! in 2008 [B!101 + B!102], and the entire series will follow this unifying template. These are professionally duplicated CDs, with single panel, double-sided inserts, featuring color artwork; in jewel boxes with shrinkwrap; released in 2010.