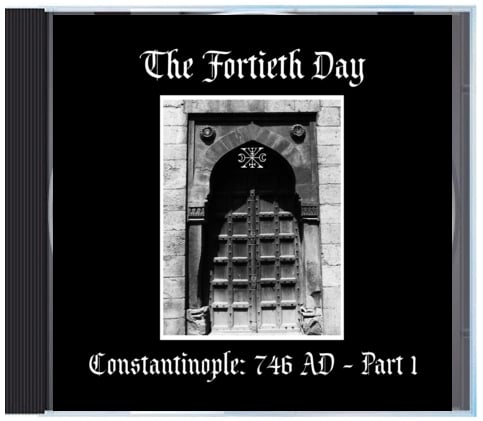 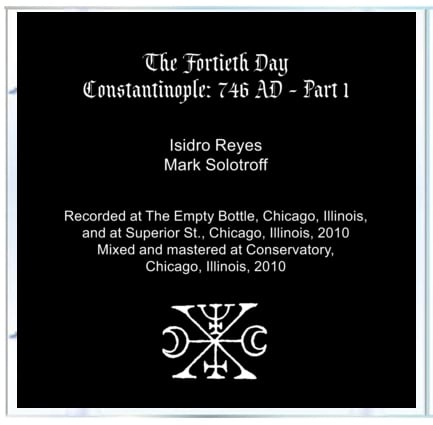 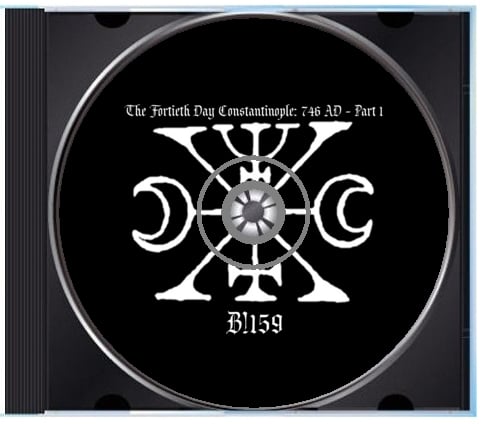 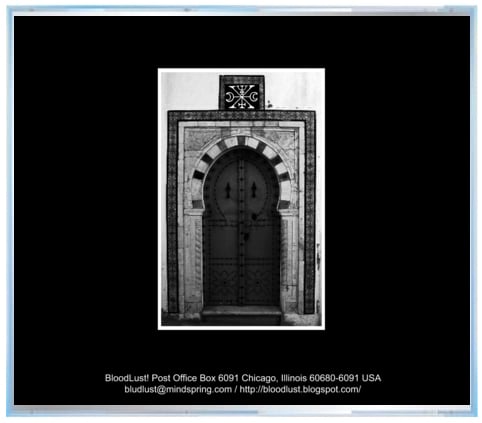 The two discs that make up "Constantinople: 746 AD" represent the first new recordings by The Fortieth Day since the 2008 LP release of "Syria: 638 AD," and its corresponding expanded CD companion. With this new two-hour set, Reyes and Solotroff have initiated a new phase and a new approach to recording and mixing, blending a combination of studio and live tapes from 2010. Mixing and mastering for "Part 1" was completed by Solotroff, while mixing and mastering for "Part 2" was completed by Reyes. The resulting mixes offer two interconnected facets of an expansive set of recordings that are unmistakably the work of The Fortieth Day.

These are professionally duplicated CDs, with single panel, double-sided inserts, featuring black and white artwork; in jewel boxes with shrinkwrap; released in 2011.