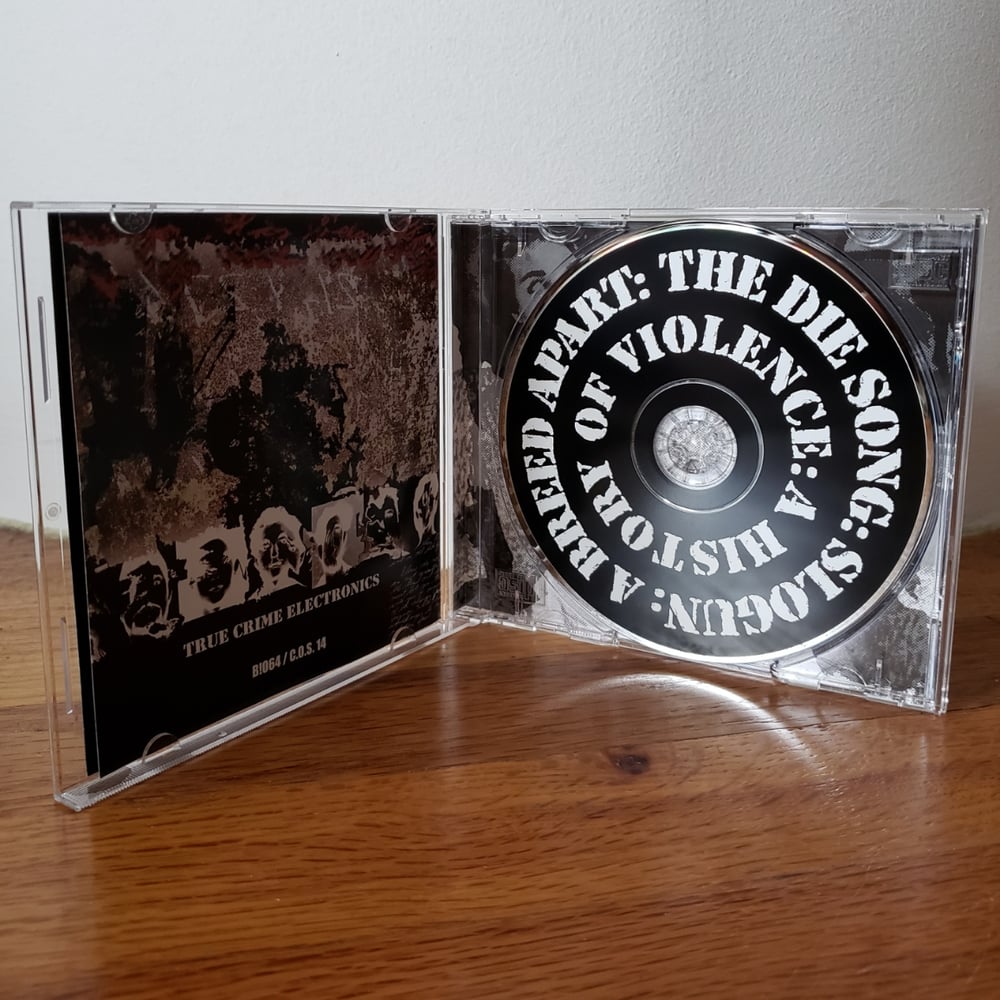 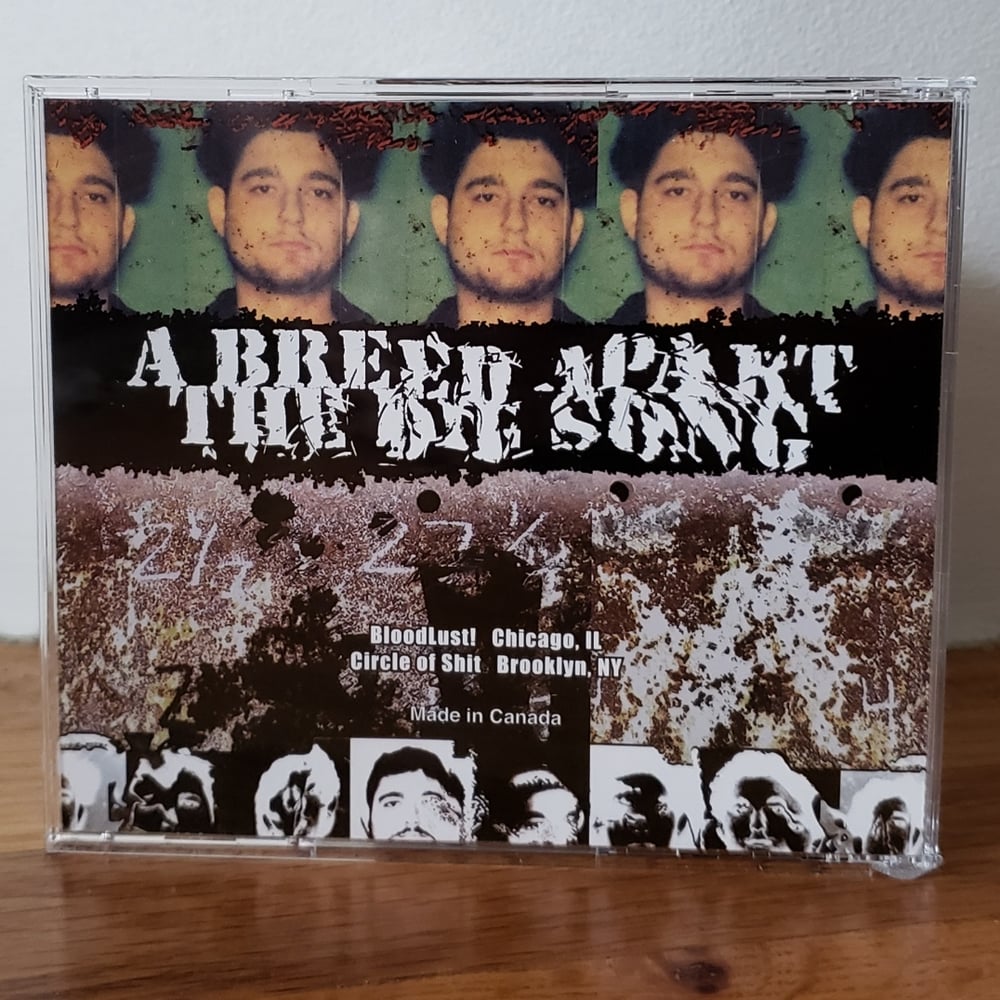 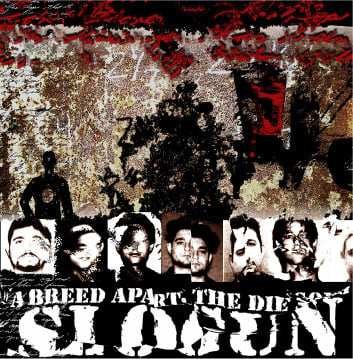 This is the third release in the "History of Violence" re-issue campaign and it unites two related, key entries in the early Slogun catalog. "A Breed Apart" was originally released on cassette by Slaughter Productions (SPT 86) in 1996, and it was packaged in a beautifully designed, oversized sleeve with a vellum overlay. "The Die Song" tracks are taken from the legendary Slaughter Productions six-cassette box set, "Listen And Die!" (SPT 100), from 1997. This rare, bizarrely packaged collection ("The Italian/American Power Electronics Massacre. 4 Hours And 36 Minutes Of Violent Entertainment"), was limited to 100 copies, and it also featured contributions from Iugula-Thor, Sshe Retina Stimulants, Atrax Morgue, Murder Corporation, Diktat, Discordance, Surgical Stainless Steel, Taint, Deathpile, Skin Crime, and Bacillus. Like the first two re-issue CDs (B!059 "Sacrifice Unto Me" and B!062 "Will To Kill"), the audio for this compiled and re-mastered version was prepared in Lille, France, by Jerome Nougaillon, while John Balistreri's graphic design follows the standard that he created for the ongoing series. True Crime Electronics - FTW. Released in 2006.