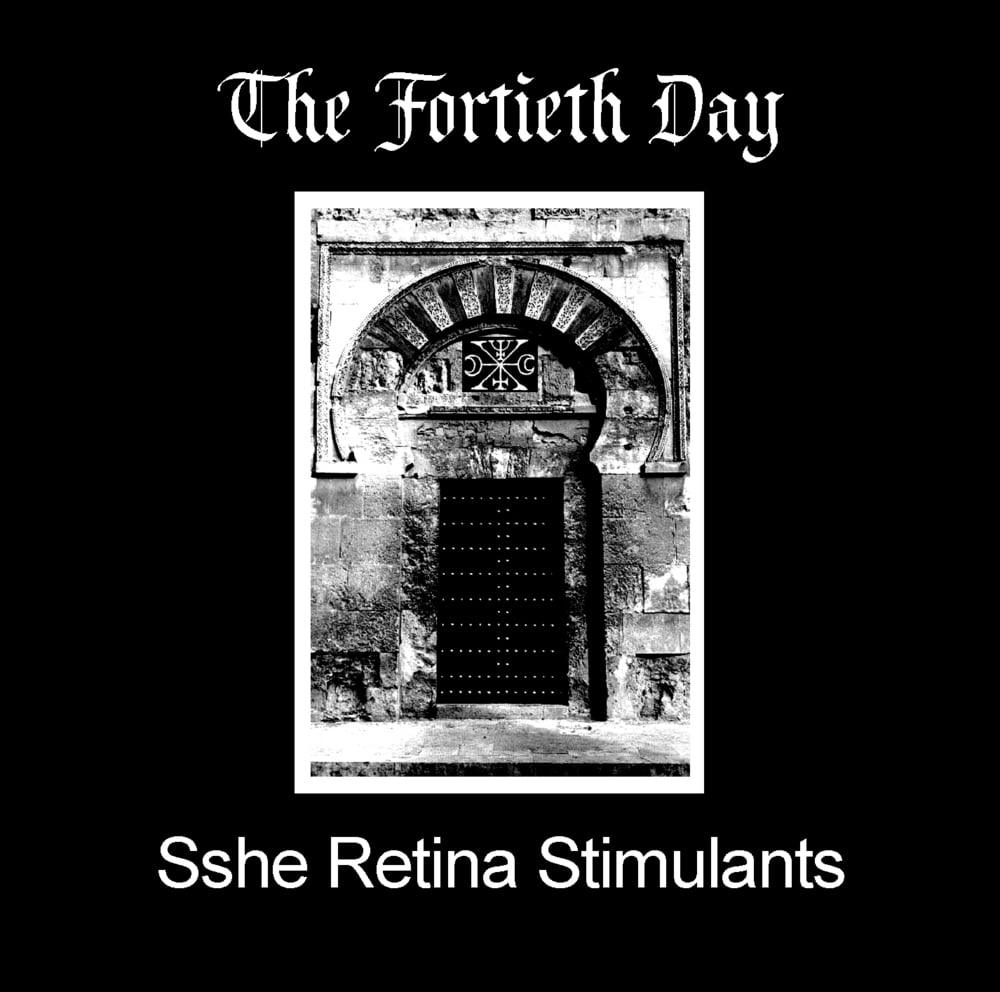 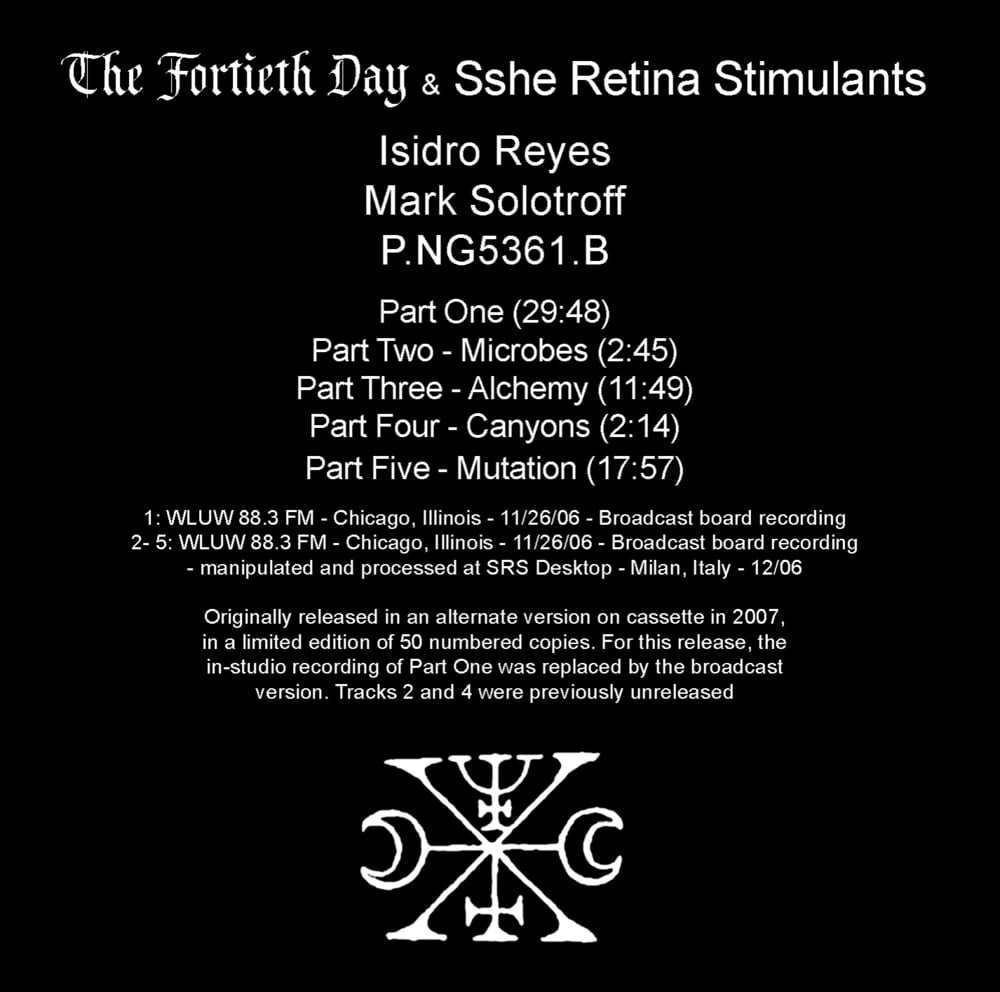 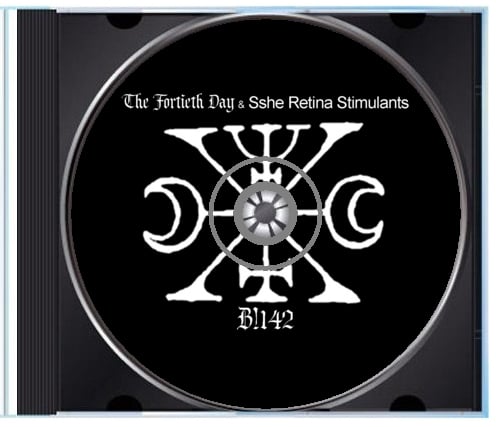 BloodLust! is pleased to announce the release of the seventh entry in a series of digital re-releases of recordings by The Fortieth Day. This is the re-mastered version of an out-of-print cassette that was released in 2007 in an edition of 50 copies. The new CD features bonus tracks created by Sshe Retina Stimulants that did not appear on the cassette. The original recordings were from a live show on WLUW 88.7 FM Chicago. This was the very first live outing by The Fortieth Day, who performed at the radio station in collaboration with P.NG5361.B [AKA Sshe Retina Stimulants]. The live recordings were then processed in Milan by P.NG5361.B [who is also a founding member of Sigillum S], and appear here as tracks 2-5. The Fortieth Day is the duo of Isidro Reyes and Mark Solotroff, both key players in the power-electronics outfit BLOODYMINDED, a unit known for its confrontational live shows. The two also record primitive minimal-synth music, exclusively for Wierd Records [NYC], as A Vague Disquiet. In The Fortieth Day, Reyes and Solotroff utilize guitar, bass, and synth to improvise "sustained, withering blasts of high-pitched noise that are as distinct from one another as spotlights sweeping across the night sky; jackhammer clatter, jet-engine whines, and forlorn keyboard melodies dart in and out of those huge sounds with the grace and impunity of plovers picking a crocodile's teeth" [Bill Meyer, Chicago Reader]. These are professionally duplicated CDs, with single panel, double-sided inserts featuring black and white artwork; in jewel boxes with shrinkwrap.; released in 2009.