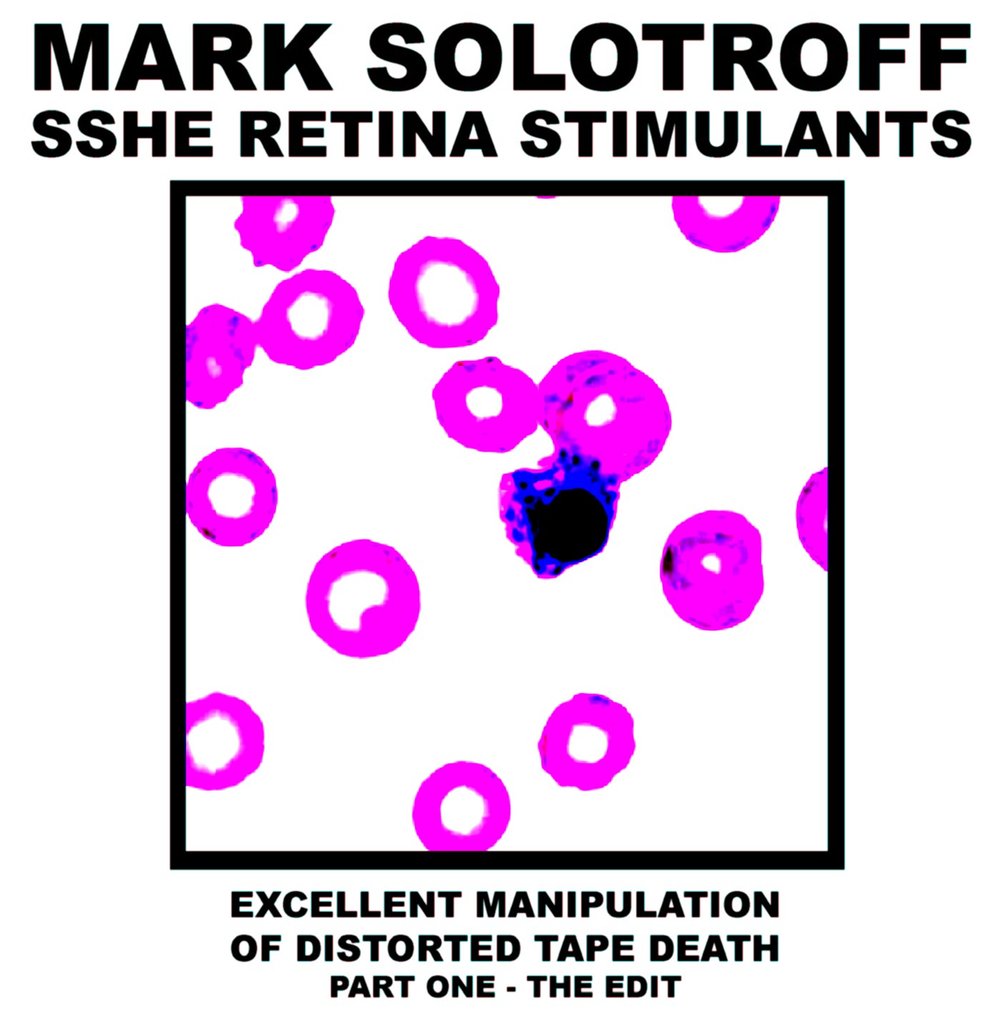 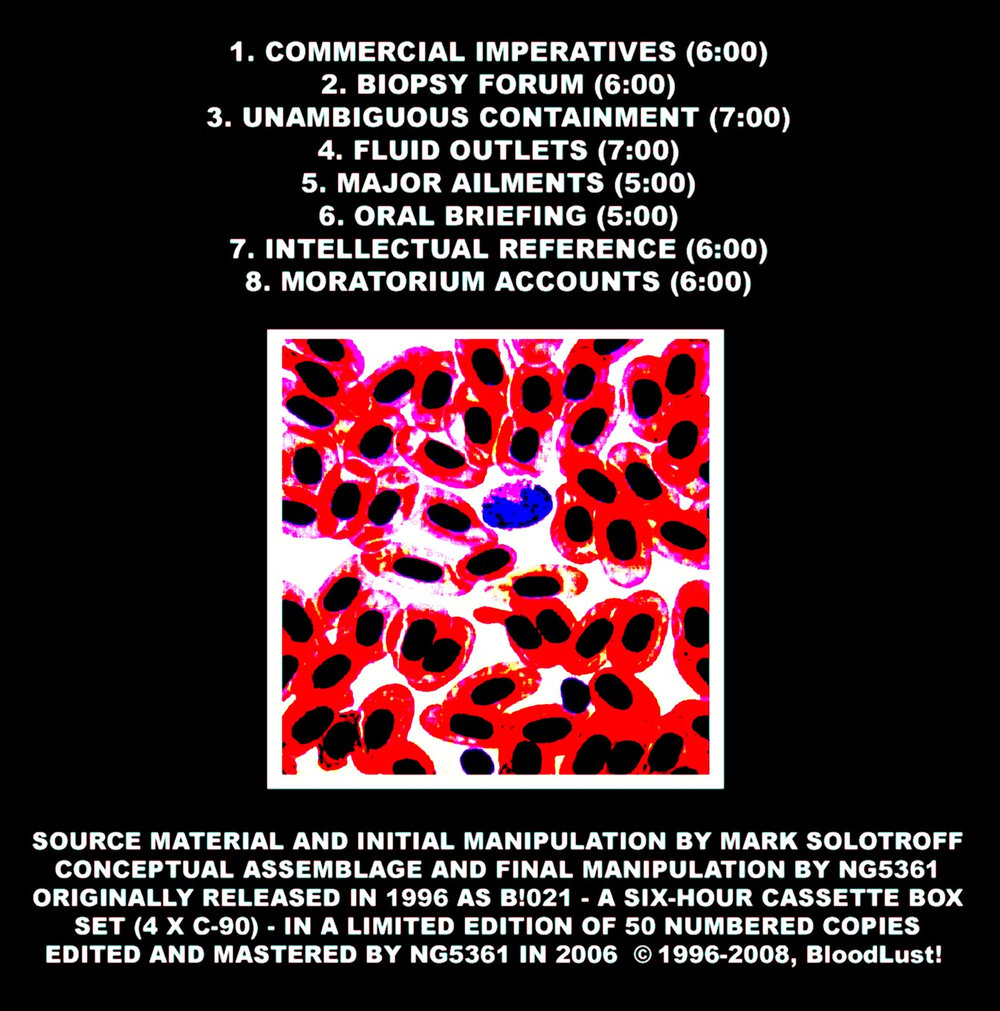 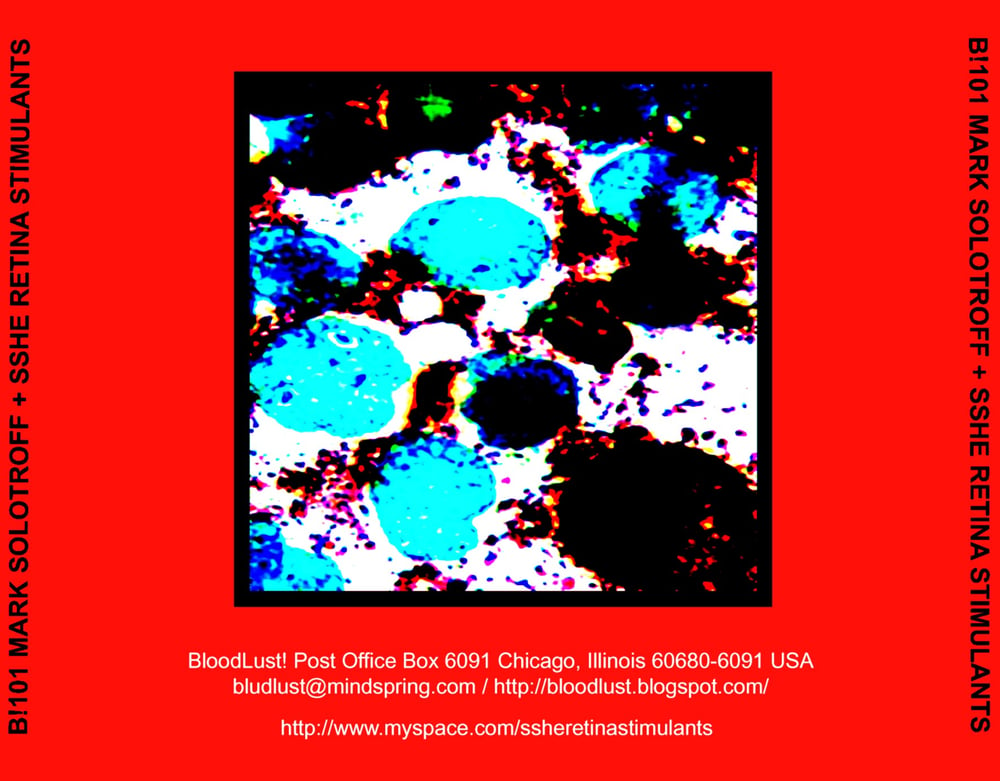 In 1996, NG5361 [also of Sigillum S] and I collaborated on a recording project entitled, "Excellent Manipulation of Distorted Tape Death," which was released on BloodLust! as a four cassette, six-hour box set (4 x C-90), limited to 50 numbered copies, housed in a large vinyl box. The project utilized progressive analog tape generations and sound fidelity decay as both a direction for the concept that we worked under and for the sounds that we manipulated and ended up with. In 2006, NG5361 revisited those recordings, in a more digital manner, and he came up with two new masters: "The Edit" - a disc of eight tracks, each drawn from one of the original cassette sides -- and "Super Density Assemblage" - two self-explanatory, 28-minute-long tracks, built from multiple sections of the box set. This is the first of these new masters to be released on CD. Professionally duplicated CD, single panel, double-sided insert; color artwork; in jewel box with shrinkwrap; Released in 2008.