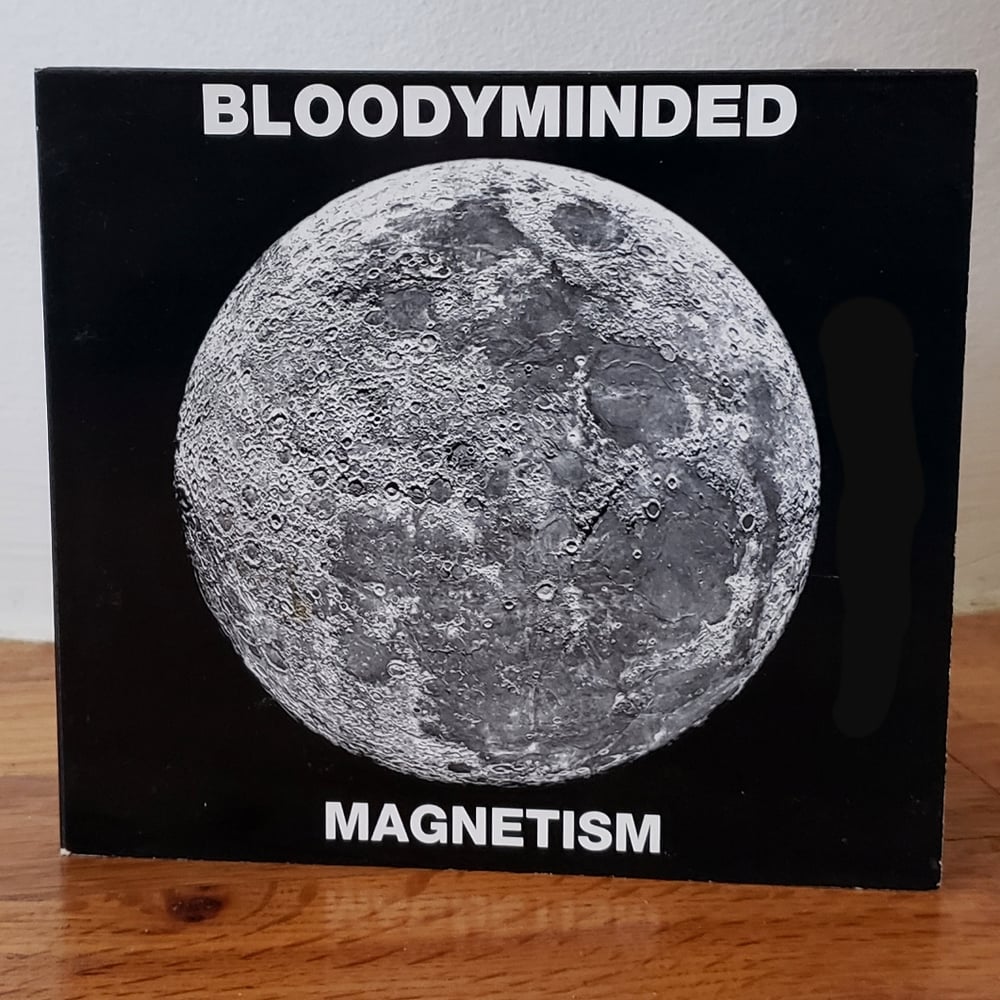 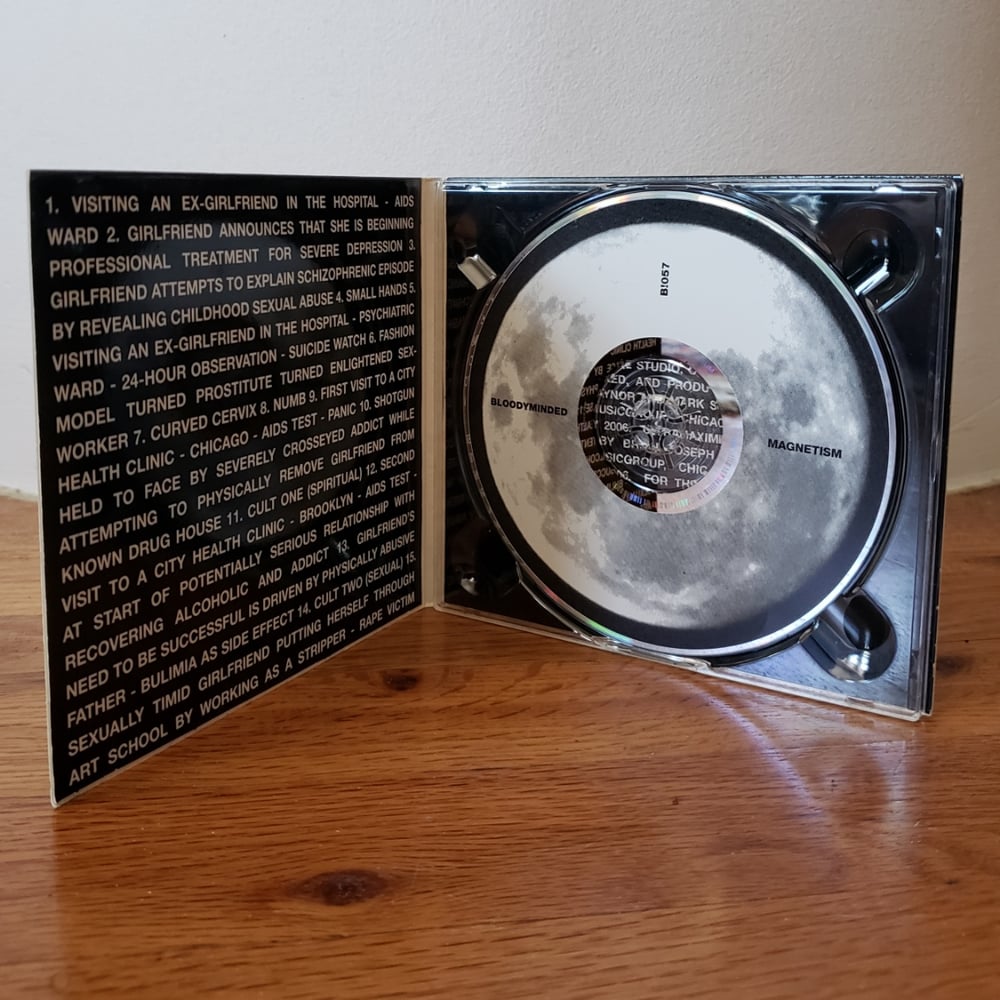 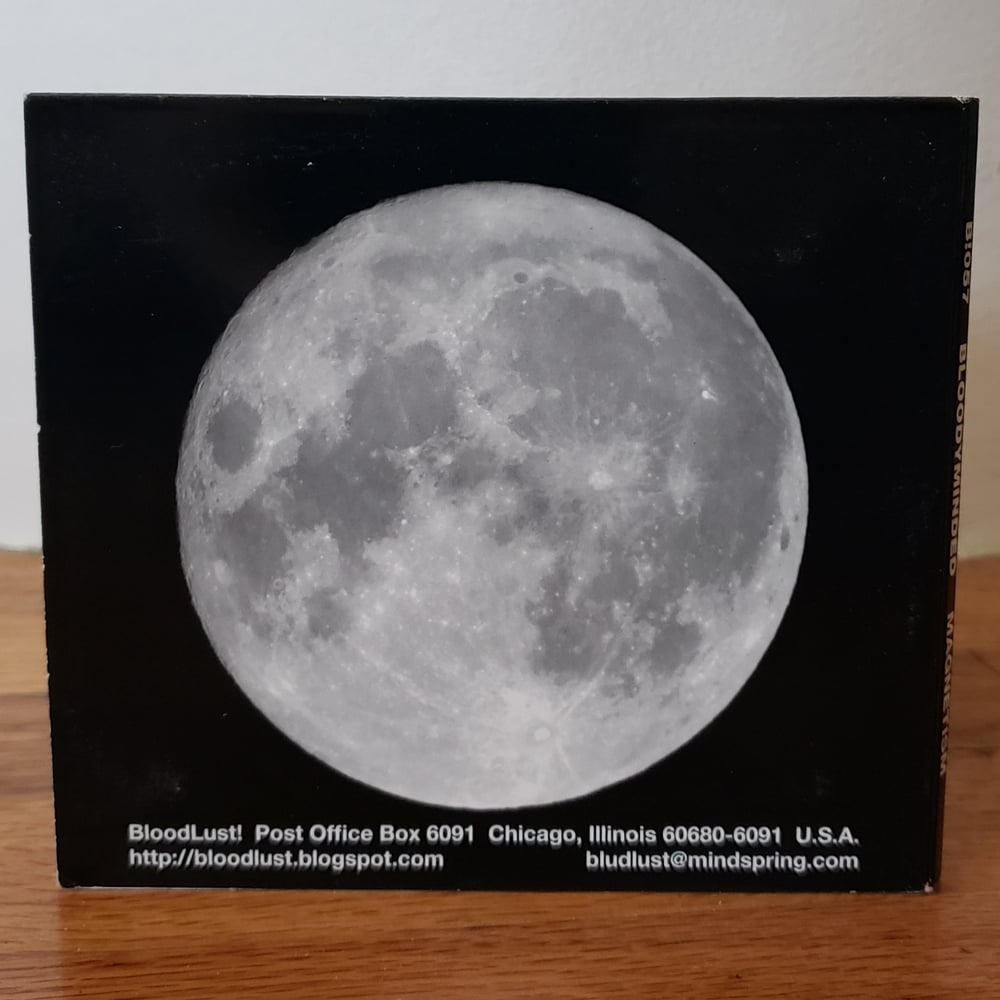 BloodLust! is pleased to announce the re-release of "Magnetism," the fourth full-length BLOODYMINDED album -- originally introduced in 2006 and out-of-print for well over two years. Surprisingly released little more than a year after their previous full-length, "Gift Givers" [B!045, 2005], this album demonstrated a disturbingly updated approach to the band’s sound. It is comprised of fifteen feedback-drenched tracks -- ten of which are relatively full-length songs and five of which are the band’s trademark blast songs, although track length lines may be a bit blurred in the greater context of the album. Some listeners might equate the sound of "Magnetism" to the band’s often urgent and turbulent live sound -- certainly more so now, as the group has focused on several of these songs in the live setting over the past four years. This album features much more abstract, eccentric, and guttural vocals, which encompass screaming, howling, yelling, moaning, etc., and without a doubt, it strongly divided listener opinion. "Magnetism" ultimately became the foundation for a suite of related work, and it was followed by the "PHASES : ONE" cassette [B!063, 2006], the "PHASES : TWO" CD [B!074, 2007], and the "PHASES : THREE" triple 7-inch box set on Rococo Records [2009]. The final chapter in this obsessive, lunar-themed grouping, the "PHASES : FOUR" 12-inch, is recorded and mastered and is now awaiting release. As with "Gift Givers," "Magnetism" was co-produced by Brian Joseph Gaynor and Mark Solotroff, this time utilizing a new studio, Slang Musicgroup, which was primarily known for prominent Chicago hip-hop and house music recordings. Megan Emish, ex-founding band member, and ongoing designer, created the handsome Digipaks that house the discs. Professionally replicated CDs; packaged in shrinkwrapped black and white Digipaks; Approximately 46-minutes in length. Released in 2006.