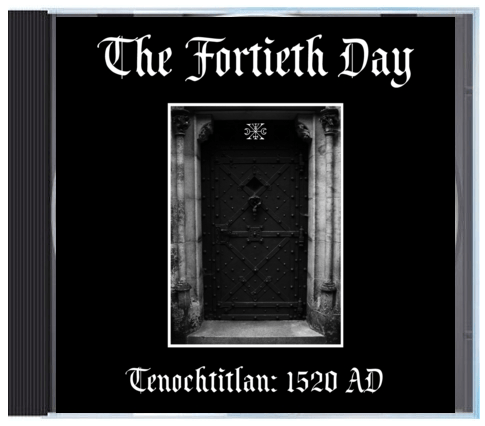 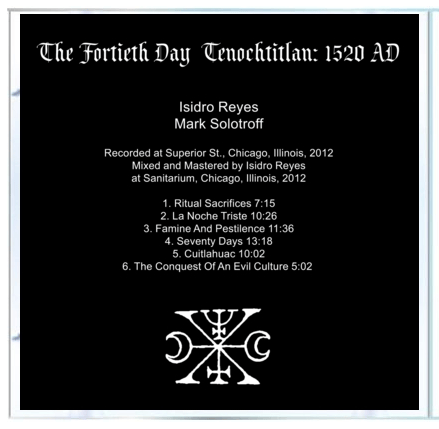 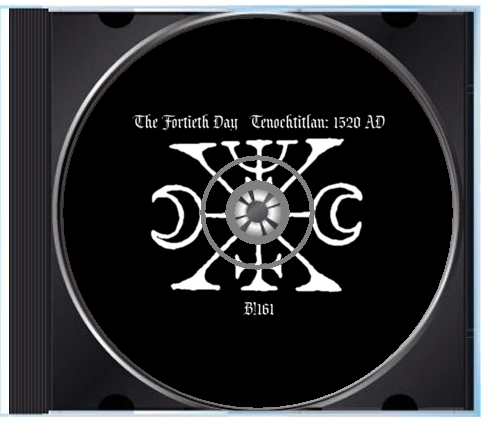 The Fortieth Day is the duo of Isidro Reyes and Mark Solotroff, both key players in the heavy-electronics outfit BLOODYMINDED, a band known for its aggressive and confrontational live shows. Solotroff is also known as the vocalist in the doom/shoegaze band Anatomy of Habit. In The Fortieth Day, Reyes and Solotroff utilize guitar, bass, drum machine, and analog synthesizer to create epic, blackened, psychedelic-industrial drone soundscapes, likened to "sustained, withering blasts of high-pitched noise that are as distinct from one another as spotlights sweeping across the night sky; jackhammer clatter, jet-engine whines, and forlorn keyboard melodies dart in and out of those huge sounds with the grace and impunity of plovers picking a crocodile's teeth" [Bill Meyer, Chicago Reader]

The latest release from The Fortieth Day builds upon the evolution of their expansive two disc set, "Constantinople: 746 AD," further demonstrating the shift of post-production responsibilities from Mark Solotroff to Isidro Reyes. On "Tenochtitlan: 1520 AD," Reyes has decided to shift his editing focus to create shorter songs -- by the band's standards, at least. While the end result is a cohesive set of six densely populated songs, each built from numerous recording sessions over a one year period, the presentation of multiple tracks gives the listener a greater variety of tones, beats, patterns and frequencies to work with. While the signature sound of The Fortieth Day is unmistakeable here, one might detect the effect of repeated listens to the group's recent collaboration with Sshe Retina Stimulants and Locrian's Terence Hannum, at least as far as album structure and track sequencing goes.

These are professionally duplicated CDs, with single panel, double-sided inserts, featuring black and white artwork; in jewel boxes with shrinkwrap; released in 2013.